Penny Calder Rasmussen aka Pretty Princess Penny, passed away peacefully at her home following a lengthy illness. Penny was 62 years young. Penny was a graduate of Reno High School and continued her education at Truckee Meadows Community College, Reno receiving her Associate in Applied Science Administration of Justice Corrections. Upon graduation in May 1991, she began her professional career in Washoe County until her retirement in February 2014. She was an instrumental member of the initial Set-Up and Development Team with the Washoe County Sheriff’s Office. Following a brief time with the Sherriff’s Office, she transferred to the Public Attorney’s Office until March 1994.

Penny then moved to the District Attorney’s Office where she was involved with extraditions, both nationally and internationally, and supervised the legal secretary teams that handled the court calendar for the District Attorney’s Office. She then returned to the Sherriff’s Office as Manager of Administration in January 2011 completing her 31-year career.

In addition to her career, Penny actively and passionately advocated for the employees of Washoe County by serving as a board member of the Washoe County Employees’ Association (WCEA) beginning in 1992. She believed in the association wholeheartedly and eventually became the vice president, then finally serving as President from 1995 until her retirement in 2014. In 2006, WCEA joined a national organization comprised of governmental employee associations, the Working Assembly of Governmental Employees (WAGE), and Penny became a board member. She believed in the role that employee associations play in the government sector, so she ultimately became President of WAGE in 2009 until her retirement. Penny transitioned to Executive Director of WAGE until she resigned in August 2022.

One of Penny’s endearing qualities was her selflessness. Always positive and willing to help others, she shared her time with not only her family and close friends but also those who were not as fortunate to have loved ones nearby. Her wit and sense of humor were quick and infectious. Penny was a champion of rescue animals and loved her two rescued Springer Spaniels.

“Life isn’t about waiting for the storm to pass. It’s learning to dance in the rain.” 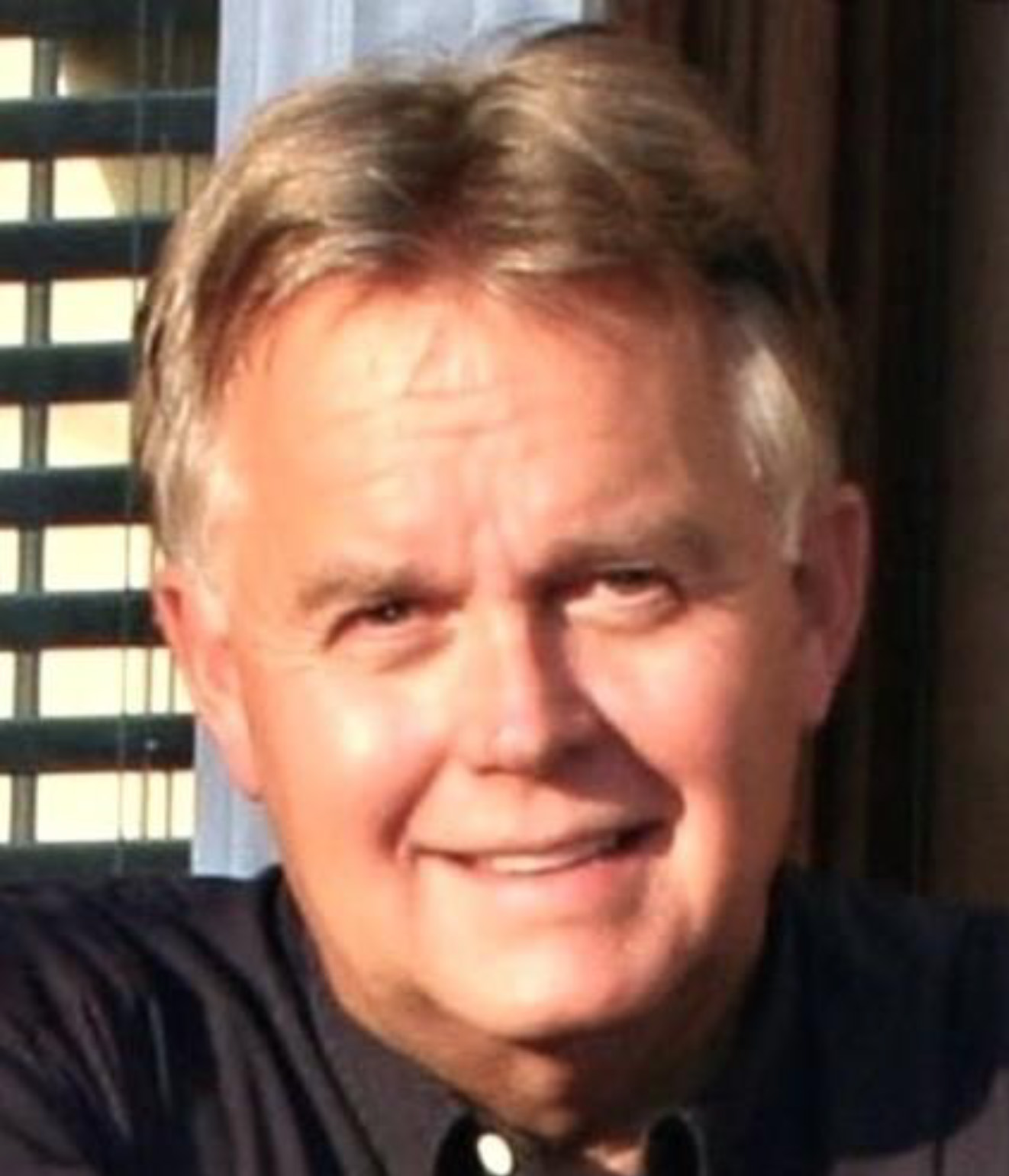 Earl Dorius, age 75, passed away peacefully in his home surrounded by his family on Sunday, September 11, 2022. He fought a hard battle with Lewy Body Dementia. He was born March 26, 1947, in Salt Lake City to Earl Nelson and Ruth Damron Dorius. His childhood was spent living in Salt Lake City, Utah, Falls Church, Virginia, and Westwood, California where he graduated from University High School in 1965.

Earl had a deep love of music, especially singing, playing guitar, and saxophone. He performed with many bands and singing groups, one of which was “The Missionaires” while serving his beloved Central British LDS Mission. His love for music continued throughout his entire life, passing it down to his children and grandchildren.

Earl married his childhood sweetheart, Kathy, in the Salt Lake City LDS Temple on September 4, 1968. She preceded him in death in July 2008. Together they raised four daughters and two sons.

Earl graduated from the University of Utah Law School in 1973. He worked as a law clerk at the AG’s Office before becoming an Assistant Attorney General. Earl was best known for prosecuting high-profile cases, including those of convicted killer, Gary Gilmore, and the Hi-Fi Shop Murders. Simultaneously, he served as president of the NAEO. He later accepted a job providing legal counsel for the DABC.

Earl enjoyed fishing, music, art, traveling, England, and all things Disney. He had a prized Dickens Villages Collection and was a loyal fan of the Utah Jazz. The thing he enjoyed the most was gathering with his family.

Earl was an active member of the Church of Jesus Christ of Latter Day Saints. He served in many ward and stake callings including High Council, Gospel Doctrine, and Nursery. 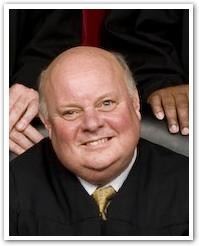 The Tennessee Judiciary mourns the loss of retired Court of Criminal Appeals Judge Jerry L. Smith, who passed away on February 12, 2021.

Before joining the appellate bench, Judge Smith worked for the Tennessee Attorney General’s Office. He joined the office in 1982 as an assistant attorney general. In 1989, he became deputy attorney general and stayed in that position until his appointment to the Court of Criminal Appeals. While at the Attorney General’s Office, he served as a designee to the Tennessee Sentencing Commission, and on the Sixth Circuit Task Force on Capital Cases. Additionally, he served as president of the National Association of Extradition Officials from 1985 to 1986.

For many years, he was an instructor at the Nashville School of Law. After he retired from the bench, he taught at the Belmont University College of Law as an adjunct faculty member. In his spare time, Judge Smith enjoyed volunteering for organizations he cared about, including the American Red Cross and Nashville Public Radio. 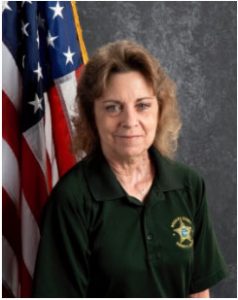 Robyn Rasch served as the Extradition Officer for the Brevard County Sheriff’s Office in Florida for 32 years until she passed away on February 23, 2021. Robyn worked with and was known by many others who worked in Extraditions across the United States. During her time as Extradition Officer, she handled extraditions from all 50 States, including Guam, Puerto Rico, the Virgin Islands, and Canada. Robyn conducted herself with the utmost professionalism and had a passion for extraditions unlike any other. 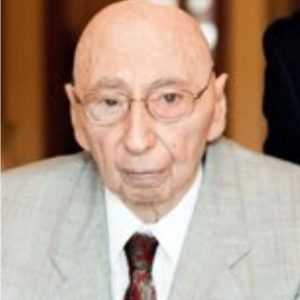 Raymond E. Sankey, age 84 of Lincoln, Nebraska passed away on Wednesday, April 22, 2020, at his home with family by his side. Raymond was born September 1, 1935, in Elk Creek, Nebraska to Richard L. and Leora (Wright) Sankey. Ray graduated from Ashland High School in 1954. He served in the Navy from 1954 to 1957 on the Aircraft Carrier, USS Hornet. He married Elizabeth Hall on October 10, 1959: they have 2 children. Ray was an Extradition Officer for the Department of Corrections until his retirement. He also enjoyed working part-time for many years in Security at Sears and served as a Redcoat at the Lincoln Municipal Airport after his retirement. Most of all, Ray enjoyed being with his grandchildren and attending their activities. Preceded in death by his parents; brothers: Keith Sankey and Boyd Sankey. Survived by his wife, Elizabeth (Liz); son, David (Colleen) Sankey; daughter, Shari Sankey Beberniss, 5 grandchildren, Drew (Sarah) Sankey; Austin (Brooke) Sankey; Regan Sankey; Bradley Beberniss, and Reid Beberniss. Private family burial service at Lincoln Memorial Park, April 29, 2020. Memorials to the VA Hospital or Capitol City Christian Church. Condolences may be left at Lincoln Memorial Funeral Home & Cemetery 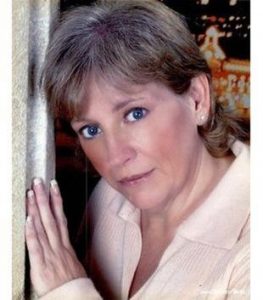 Patricia “Patty” Bolan Tucker, 66, of Henrico, passed away on March 8, 2019. Patty was a dedicated employee at the Secretary of State’s Office as the Extradition Specialist for the Commonwealth of Virginia for over 20 years. In addition, she was also an active member and conference participant of the NAEO. 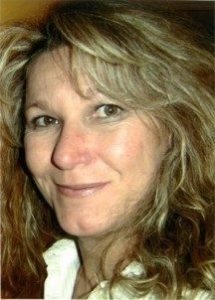 Throughout Lisa’s career, she excelled and would share her knowledge with all staff, such as serving as a subject matter expert on Interstate Compact Extraditions. Lisa was an instructor at the CO III Academy and the CCO Academy. During the implementation of the Offender Management System, Lisa traveled statewide to conduct training with all Community Corrections staff. Lisa was known to be a bit of a policy aficionado; if you were stumped about where to find a policy, all you had to do was ask, and immediately she would point you in the right direction and would even help you find a copy. She was a valued member of the Critical Incident Response Team (CIRT) and was always willing to lend a hand to staff needing support. 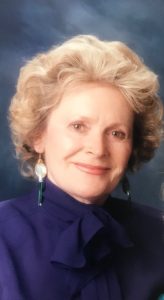 Clare worked for the State of Nevada starting in the Motor Vehicle Department in 1964. She later transferred to the Attorney General’s Office as the Extradition Coordinator and ran the extradition program for the State of Nevada until her retirement in 1992. She served on the NAEO Board for many years in several positions, including as president in 1980 and 1981. She was a frequent speaker at the annual conferences, and in many ways was Elvyn Holt’s right-hand man as they ensured the NAEO annual conferences were organized and went off without a hitch. Throughout her career, Clare was a strong supporter of the organization. She was the third person awarded the Elvyn Holt Outstanding Achievement Award in 1992, Portland, Maine. 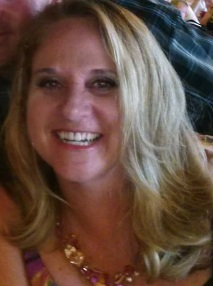 Janielle was a dedicated State of California employee, first working for the Department of Justice before being recruited to work for the Administration of Governor Gray Davis. Her dedicated service continued for Governors Arnold Schwarzenegger and Jerry Brown, ultimately rising to the position of Special Assistant to the Governor. She was also the Extradition Specialist for the Governor’s Office. Her knowledge and ability to problem solve were beyond exceptional. She was a frequent attendee at the annual NAEO conference where she shared her depth of knowledge and made connections with other officials throughout the country. Her laugh and love for life were infectious, and she easily befriended anyone she met. 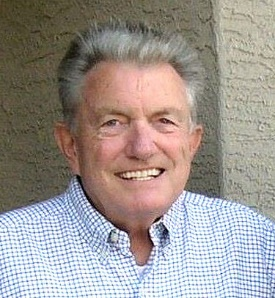 He served on the NAEO board for many years, including a couple of terms as president.  He was a frequent speaker at the annual conferences.  He was instrumental in the incorporation of the NAEO as a nonprofit, having drafted the articles of incorporation and by-laws, as well as filing for incorporation in the State of Nebraska.  He took the lead in reviewing and organizing archived historical materials of the NAEO. He was awarded the Elvyn Holt Outstanding Achievement Award in 1994 at the conference in his beloved Jackson Hole, Wyoming. 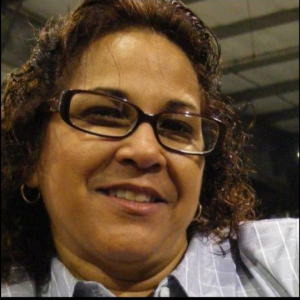 On January 10, 2013, Mayra lost her life in Stillwater, Oklahoma, in the course of extradition. Mayra dedicated over 30 years of her life to the Puerto Rico Department of Justice, specifically as an agent with the Extradition Division. As such, she served as Extradition Coordinator. She was a teacher and mentor to many law enforcement agents who have followed in her footsteps. Throughout her career, she came to be respected and admired by Prosecutors, Defense Attorneys, and Judges who valued her professionalism, dedication, perseverance, and expertise. Mayra proudly represented Puerto Rico in hundreds of extraditions from most of the fifty states and was known and respected by her colleagues throughout the nation. She attended several NAEO conferences and was also known among many of its members.

As a tribute to her valuable contribution, Mayra’s portrait was placed in the entrance and welcomes everyone who walks into the Extradition Division. She was the heart and soul of the office, where her co-workers became her extended family. She was a caring and generous human being who never forgot her friends and colleagues in their times of need. Her sense of humor was another one of her trademarks, leaving many smiles along her path in life. 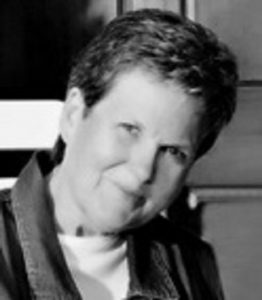 She became well-acquainted with the NAEO and its operations while attending conferences for many years as the wife of Utah Deputy Attorney General Earl Dorius, who served on the board for many years, including as president.  She regularly volunteered her time to help Elvyn Holt with her organizational tasks at the conferences. When Elvyn retired from actively running the NAEO, Kathy was a natural to step in and take over. Her organizational skills were exceptional and she was critical in the modernization of the NAEO and bringing it to a more professional level, which coincided with the incorporation of the association.